Hej alle
Yep Elvis has left the building or was tried of eating birds !
https://share.findmespot.com/shared/fac ... qGrnOX349o 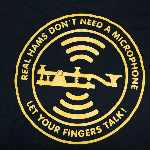 Hej
3D2/C - Conway Reef
The 3D2CR logs (22,703 QSOs) have been uploaded to Club Log and are now available,
as is OQRS at https://clublog.org/logsearch/3D2CR. Yesterday multiple people,
who were sponsors, reported seeing their QSOs confirmed via LoTW.
The 3D2CR team have set up their Club Log account to only confirm paper QSLs direct.
It should be noted Club Log's policy is as follows:
"Since many amateurs are unwilling or unable to pay for direct cards,
it is a condition of using Club Log OQRS that, if requested, you must send bureau cards free of charge.
From February 2015 onwards, expeditions to entities in the top 30 (as measured by Club Log's most wanted list)
may charge a flat fee of $1 for bureau requests by special arrangement".
For the record as of this morning Conway Reef ranks number 27 on Club Log's Most Wanted List.
Apparently not all of the 3D2CR QSOs were uploaded to Club Log as there apparently were problems
with the FT8 Fox and Hound QSOs. 3D2CR operator JE1CKA, Tack, will be addressing the problem once
he gets back home in Japan. He is scheduled to depart Fiji and arrive back home on Friday at midnight in Japan.